BIZARRE. Magenta took its employees to the street – they seem satisfied

A friend in need is a friend indeed. What do you do when you want to get to know your office colleagues and there are no needs looming on the horizon? Magenta Consulting has decided to take control over the situation, to break the routine and daily office habits and to challenge its staff with a City Quest. Thus, the Magenta team was organized into 4 teams; it had four places to guess and visit five tasks to complete and over six kilometers to walk through Chisinau.

What is a city quest? It is simple. Each of the four teams had to walk a route through the capital, with four destinations, or we could also call them “stops”. The exact location of these stops had to be deduced from the hints received by each team. At the destination, the Magenta Consulting colleagues were challenged to pass a trial.

The first stop. Hint: The stairs and colors are what takes you HOME

Due to the “colors” from the hint, some teams thought that the first stop is the Water Tower which is during the night lighted in different colors or the House of Nationalities.  In reality, however, the colleagues from Magenta had to get to the Valea Morilor Park.

There the first trial was waiting for them: with their eyes tied, to pick some candies. Each team was asked to choose a leader and make a line, leaving the leader to be the last in the line. For drama, all members of the team, except the leader, had their eyes tied. Why was the leader not “taken the eyesight”? Because he/she had to lead the team by finding a way to communicate with the team via handshakes and verbal instructions on a route where candies were suspended in the air, over their heads, and had to be picked. 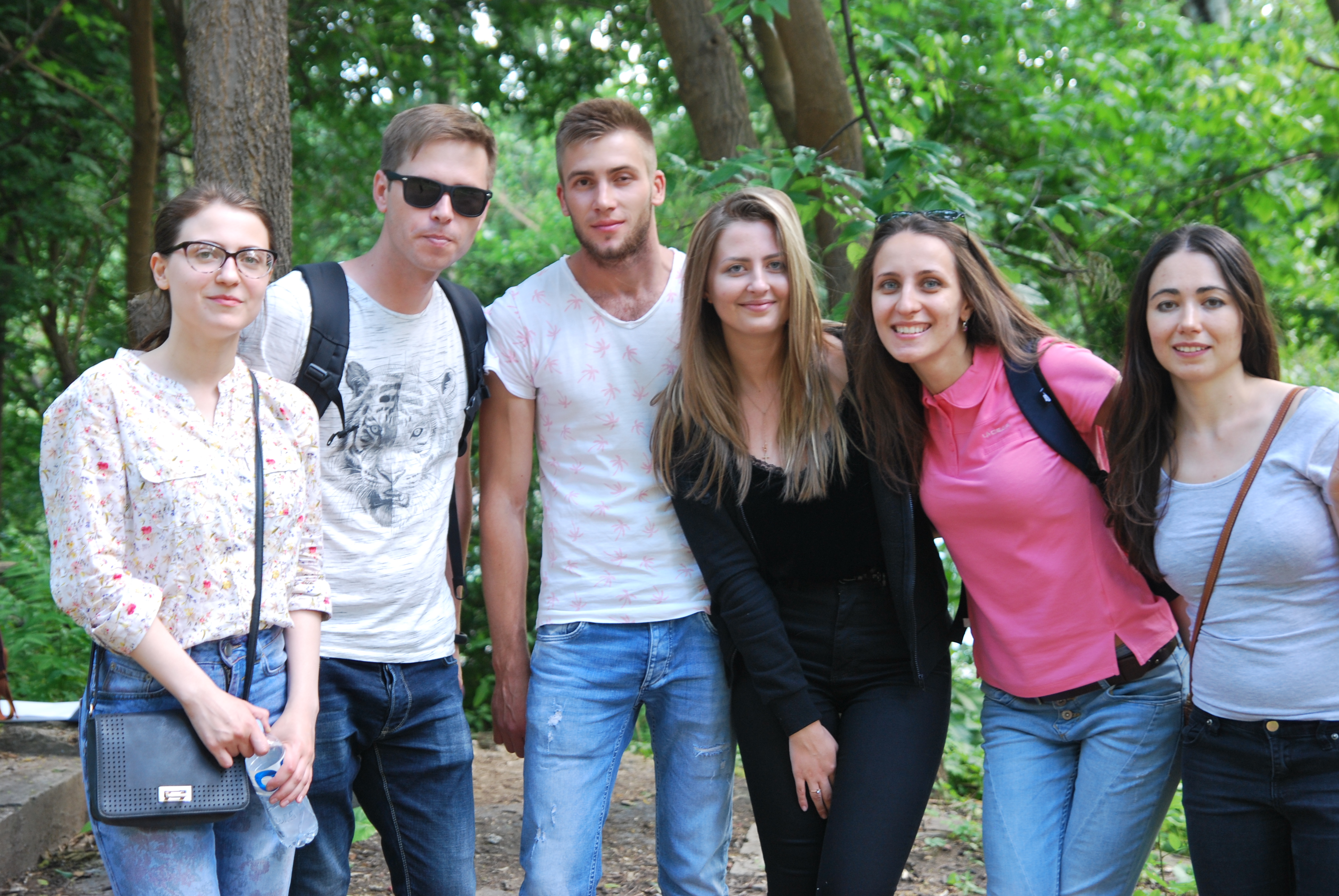 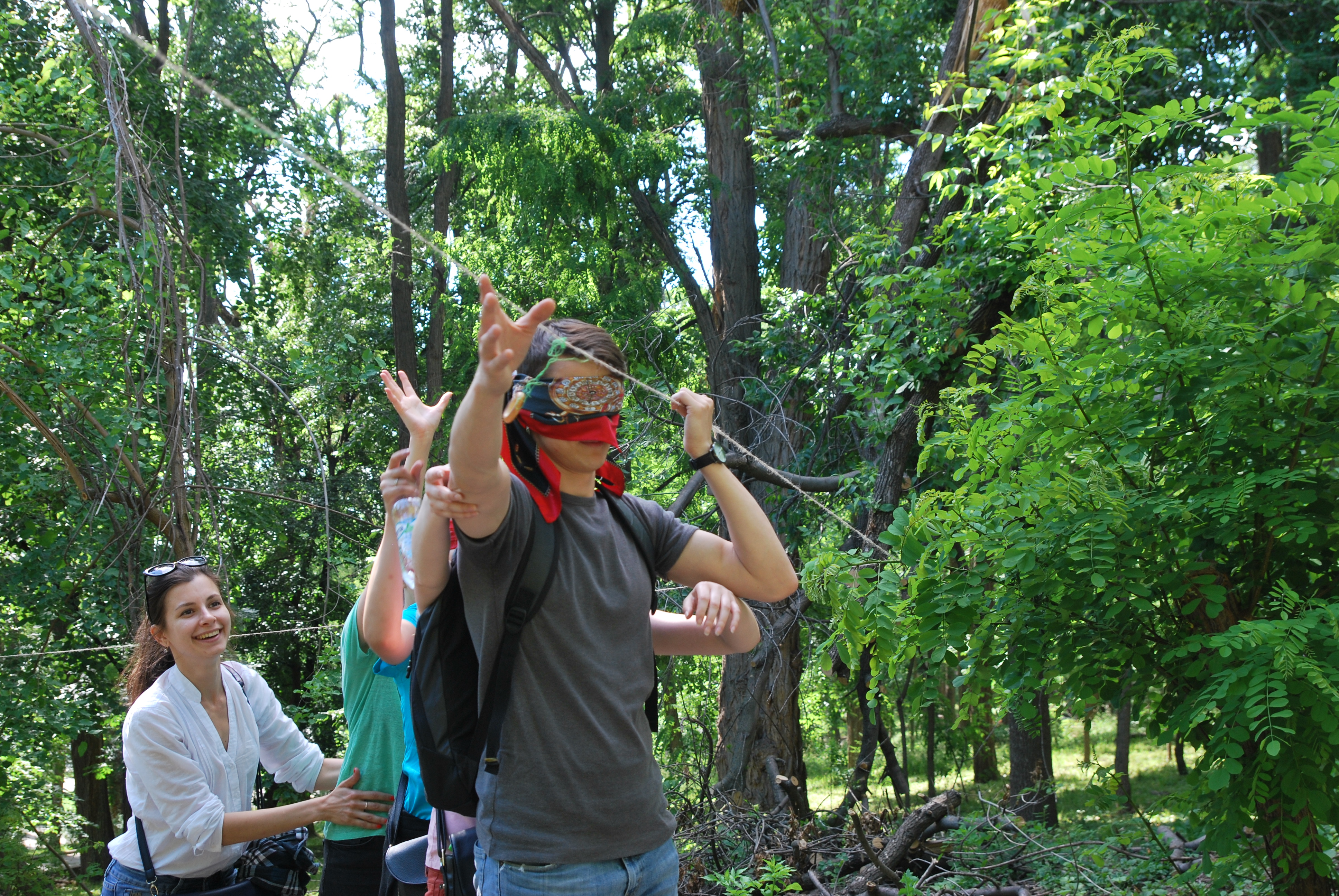 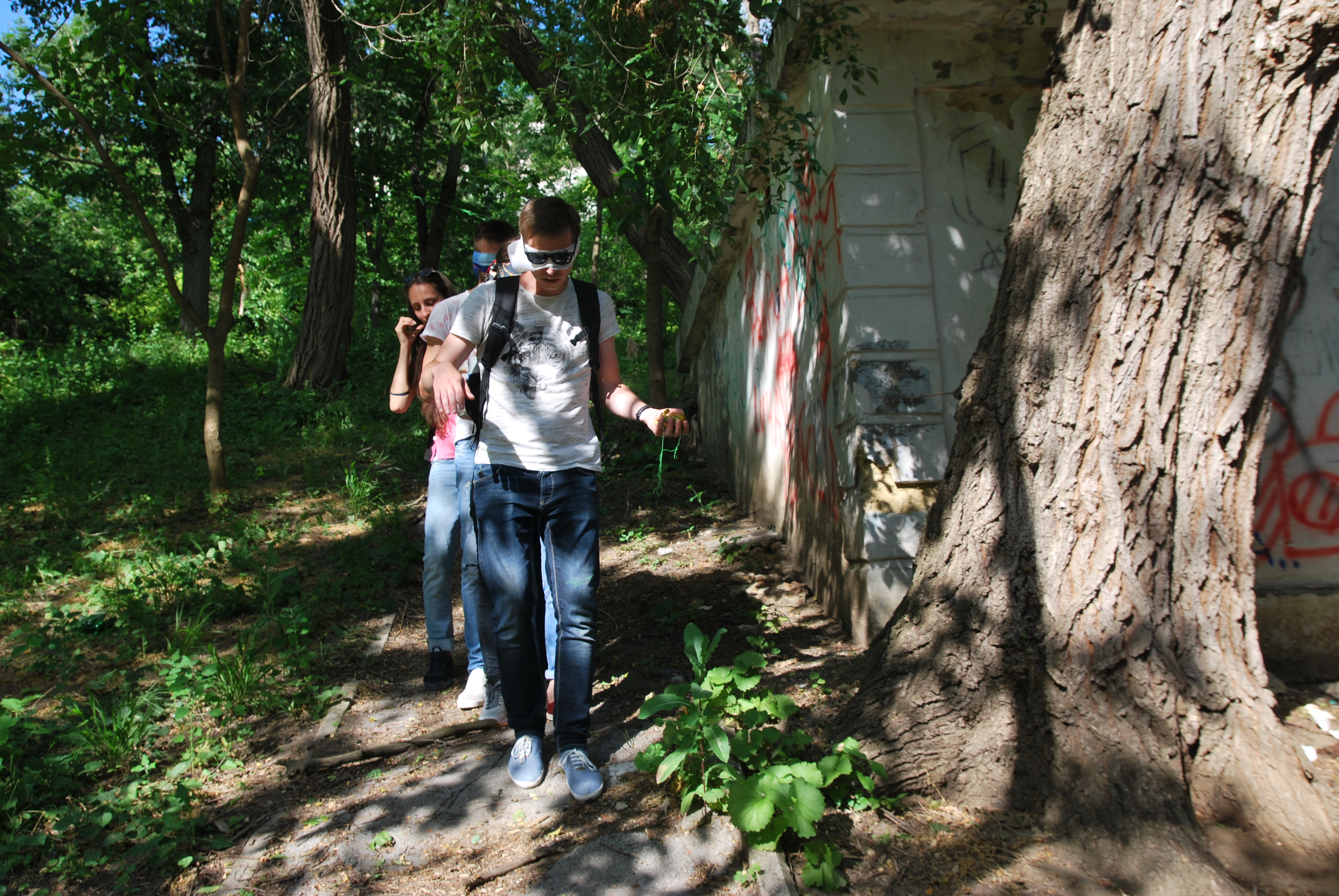 The second stop. Hint: Let’s sit around the walnut tree, look in the eyes, and if you are afraid of the shade, step over the water and jump

The second task, at the second destination was waiting for the Magenta teams at the shade of a walnut tree from the Public Garden Stefan cel Mare si Sfant with quick questions. Each team was asked 16 various questions, such as: What is the speed of light? What peninsula has at its North-East the Pyrenees Mountains? What represents in Italy Serie A? In what artistic style have written Goethe, Byron and Hugo?

Thus, the Magenta Consulting employees trained their managerial skills to assign tasks and sense who from the team would cope better depending on the domain. At the same time, the employees had the opportunity to get to know each other better and to find out the domain in which the team members are more skilled. 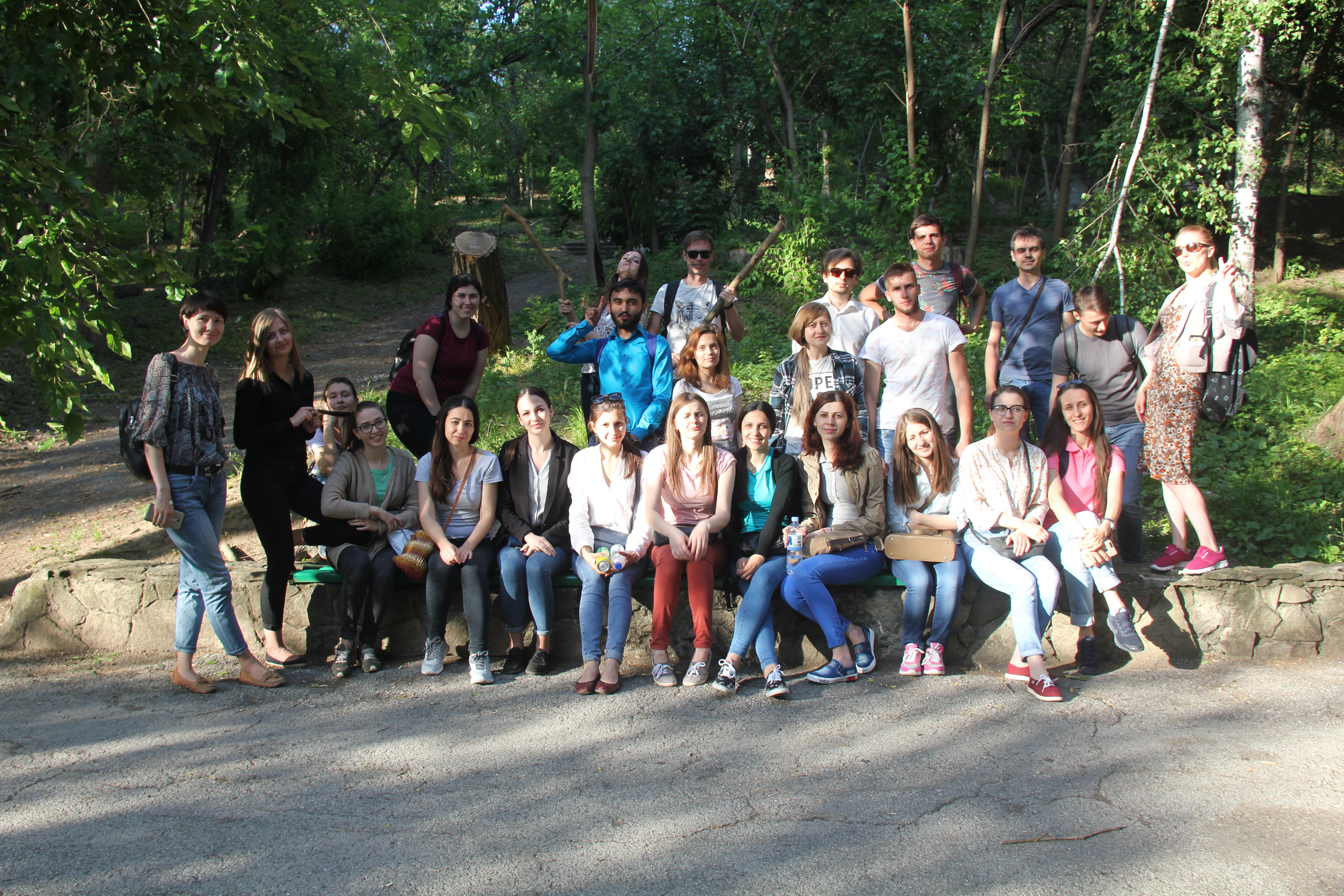 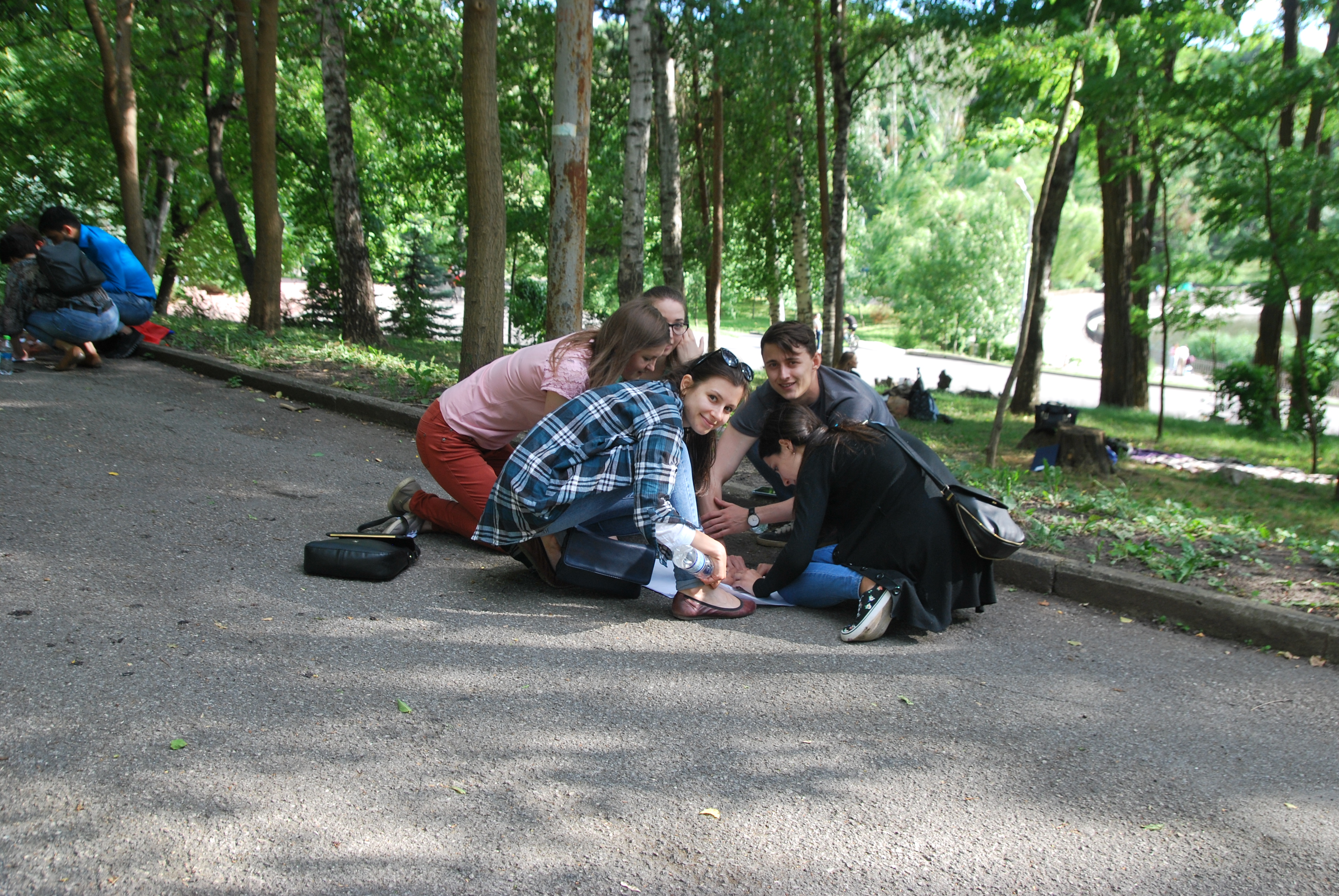 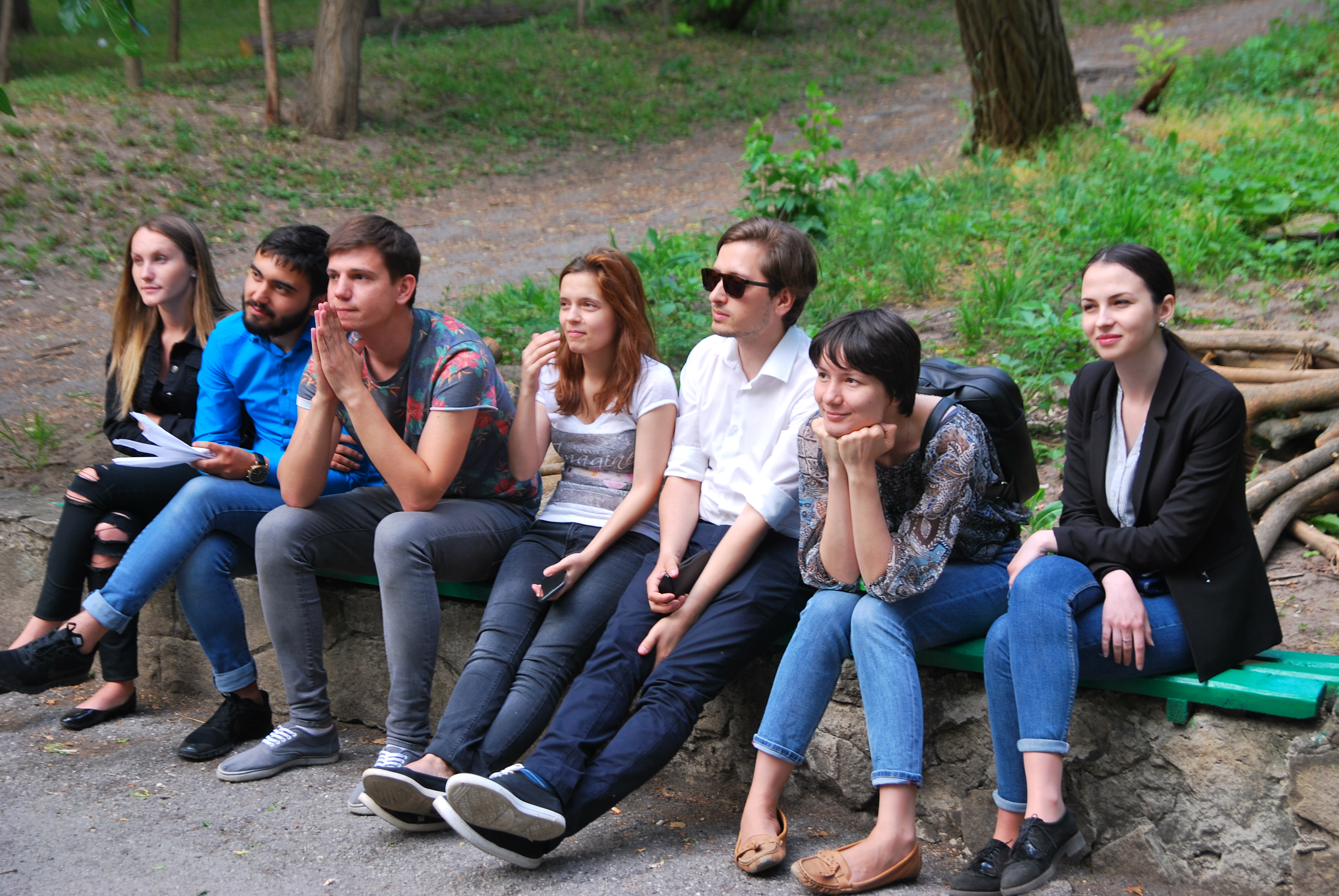 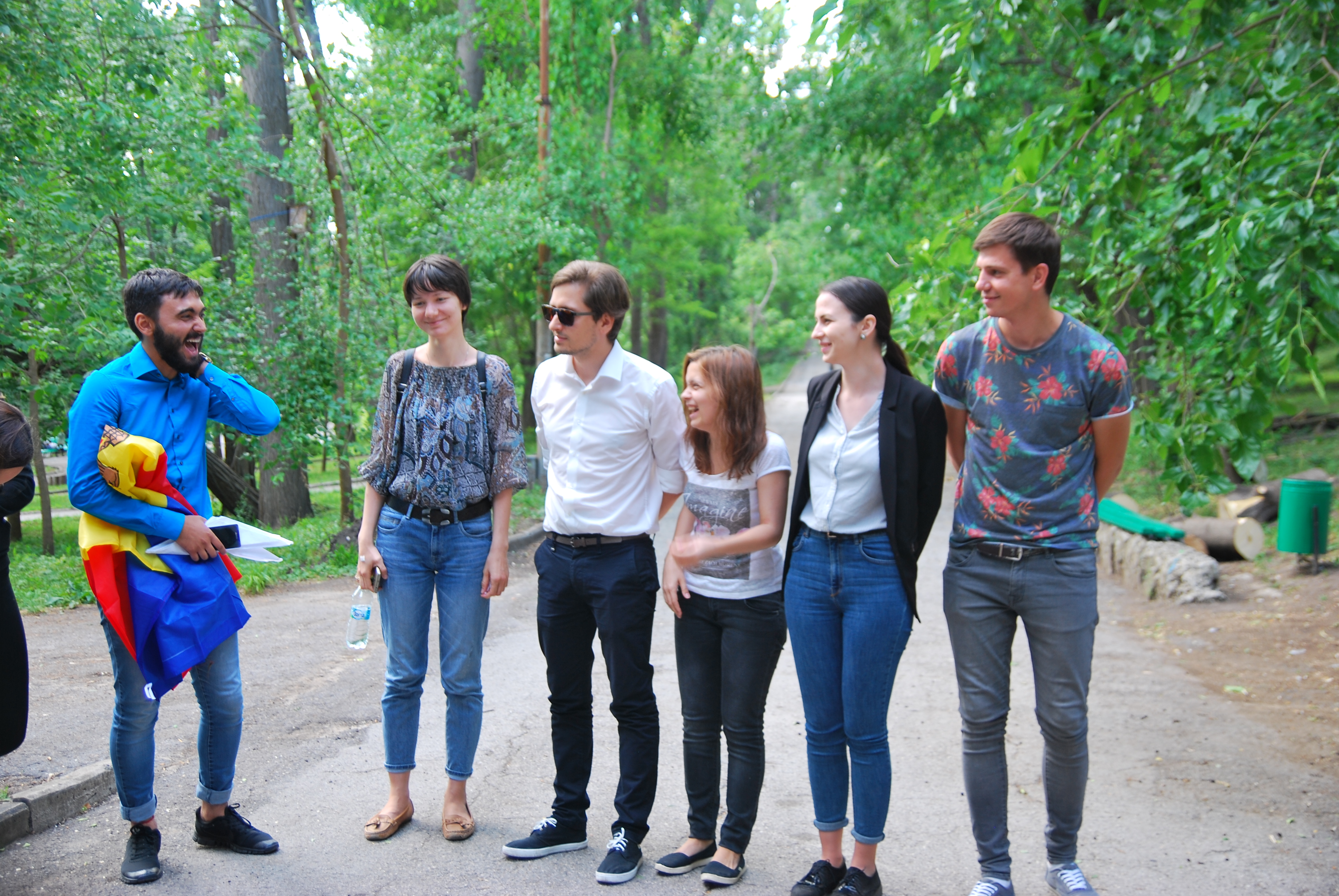 The third stop. Hint: Even after death we are also side by side…

After walks in the parks of the capital, the Magenta staff continued their “pilgrimage” on the downtown streets, more exactly, at the most romantic intersection: that between the streets Mihai Eminescu and Veronica Micle. Also here was to be passed the third trial which took all of the Magenta employees from their comfort area – they entered contact with unknown people, negotiated with them, practiced their selling techniques and even the most withdrawn members of the team were uninhibited.

Each member of the team rummaged in their bags to find an object they were ready to offer as a gift. During 20 minutes, the object had to be traded for another, more expensive object, offered by passersby. Some of the passersby offered truly valuable items, such as the flag of the Republic of Moldova, refreshing drinks during hot weather, messages of appreciation for the company Magenta, autographs and “talismans” which had a special history in the life of some of the passersby.

Speaking of the comfort area, it was challenged during the entire trip through the city. Members of the teams had to interact with strangers: to find a visit card of a dentist and of a lawyer and to take pictures with a blonde, with a bicyclist, with a person with flowers, with someone wearing shorts and with someone wearing fur (on a hot weather!). 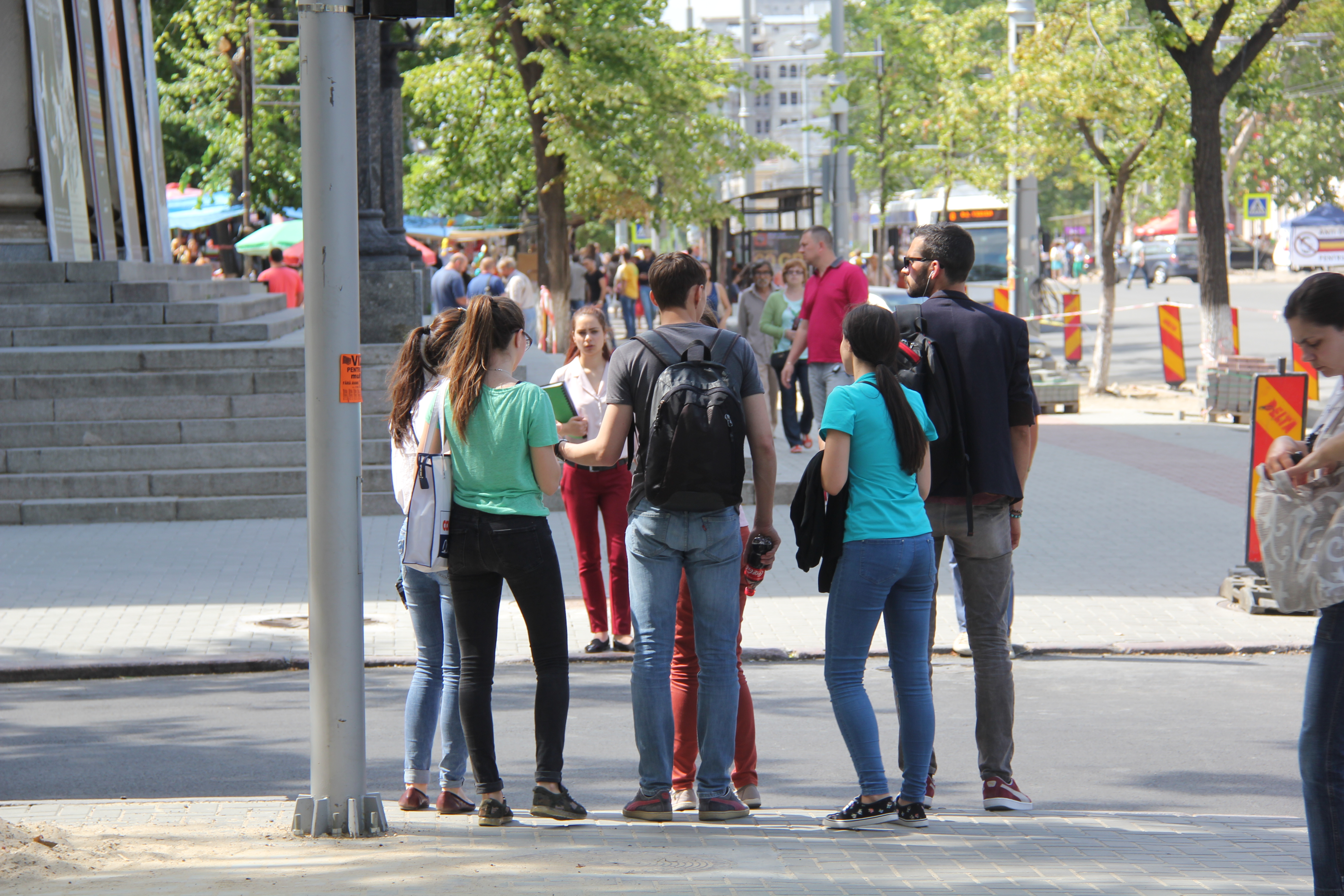 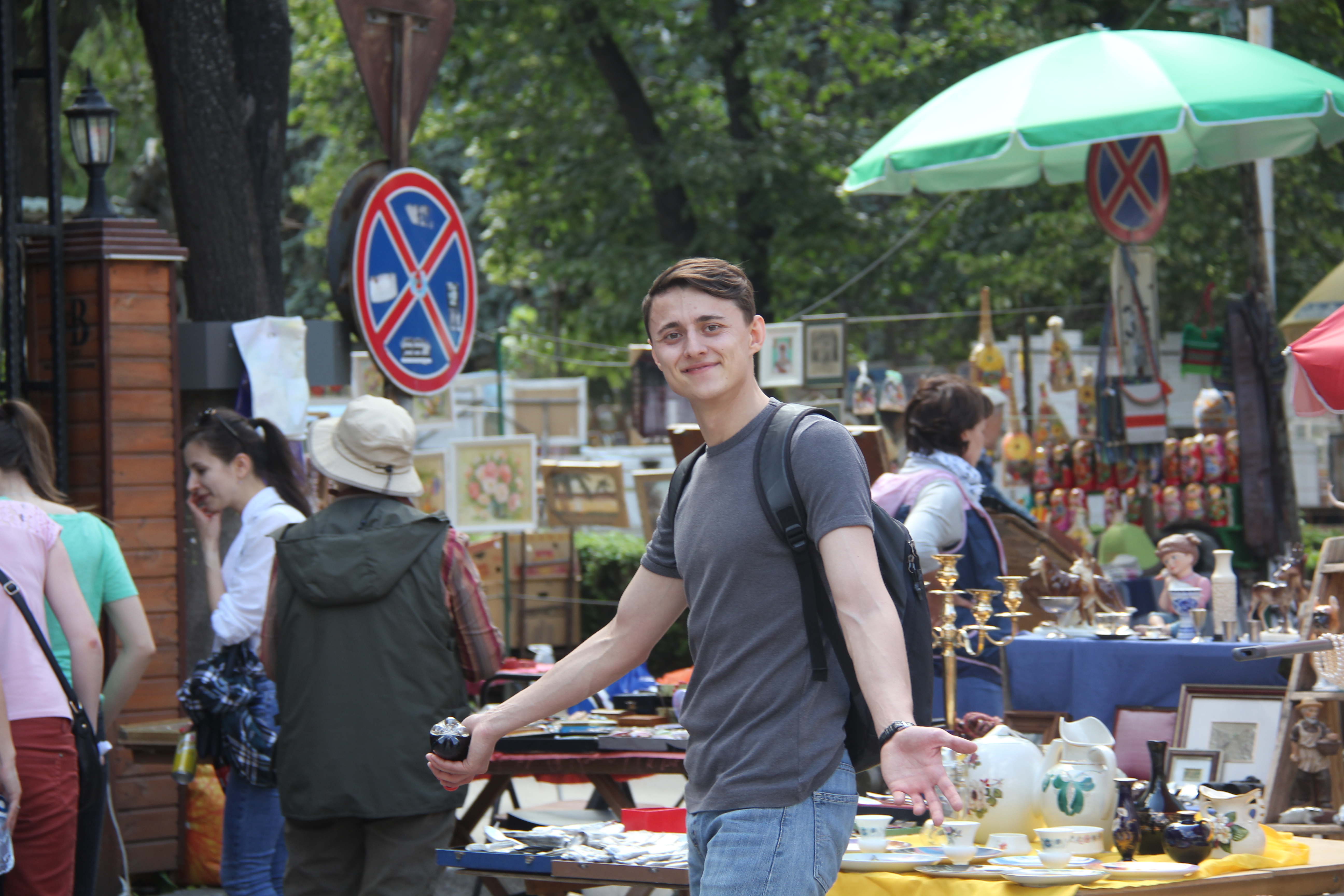 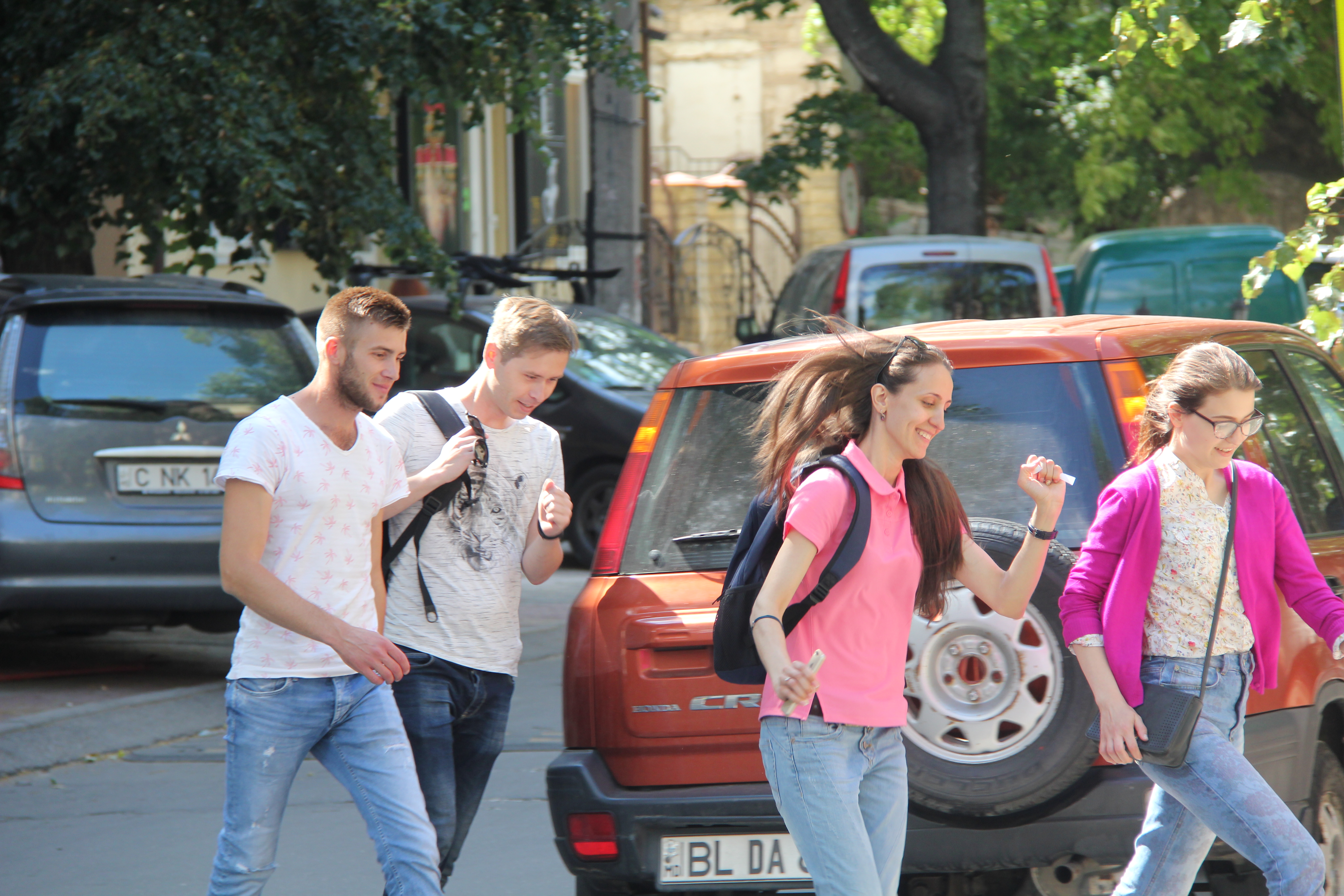 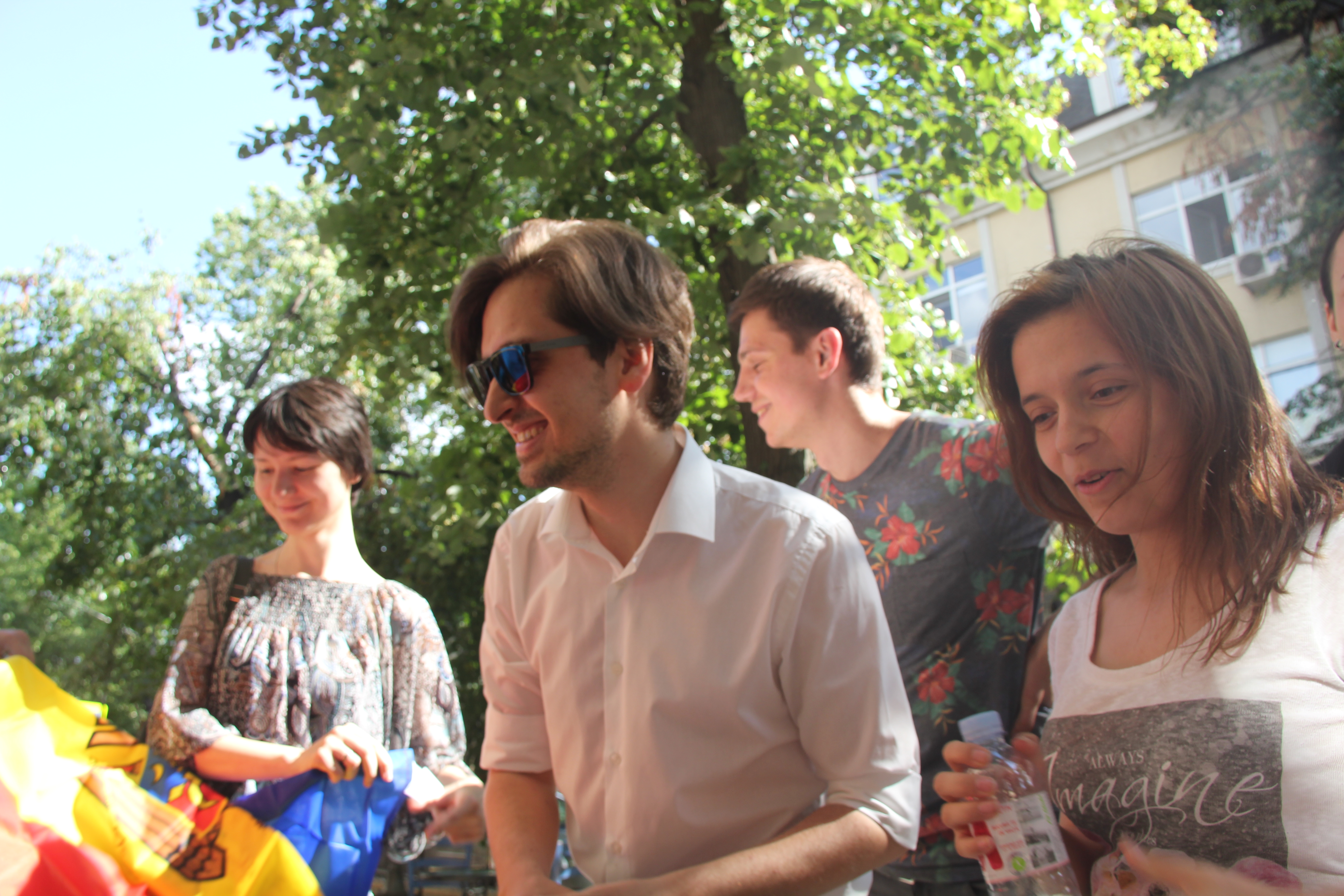 The fourth stop. Hint: Capital of Lithuania in the Center of Chisinau

The last destination brought the Magenta teams to Vilnius, to be more exact to the supermarket Nr.1 – Vilnius. Because action was taking place nearby a food store, the fourth trial was also a gastronomic one. On arriving near Vilnius, each team got a meter of adhesive tape, a meter of thread and 20 pastas in order to build a tower which would be maximum tall and stable enough to support a meringue.

The constructions of our colleagues came out interesting. Someone even managed to build a dough prototype of the Eiffel Tower.  The game challenged the members of the teams to be more creative, involved and concentrated in solving a problem with minimum of resources. 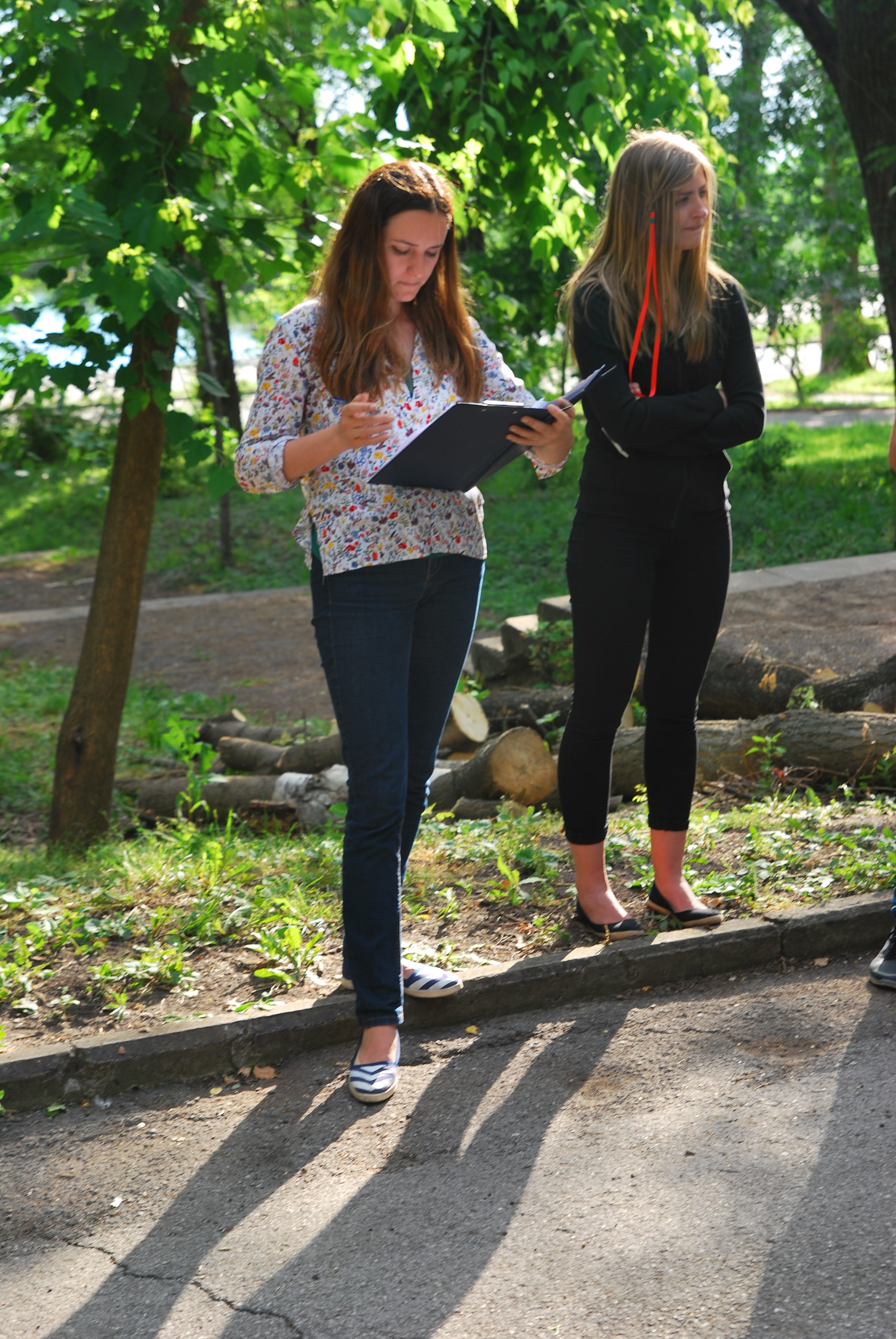 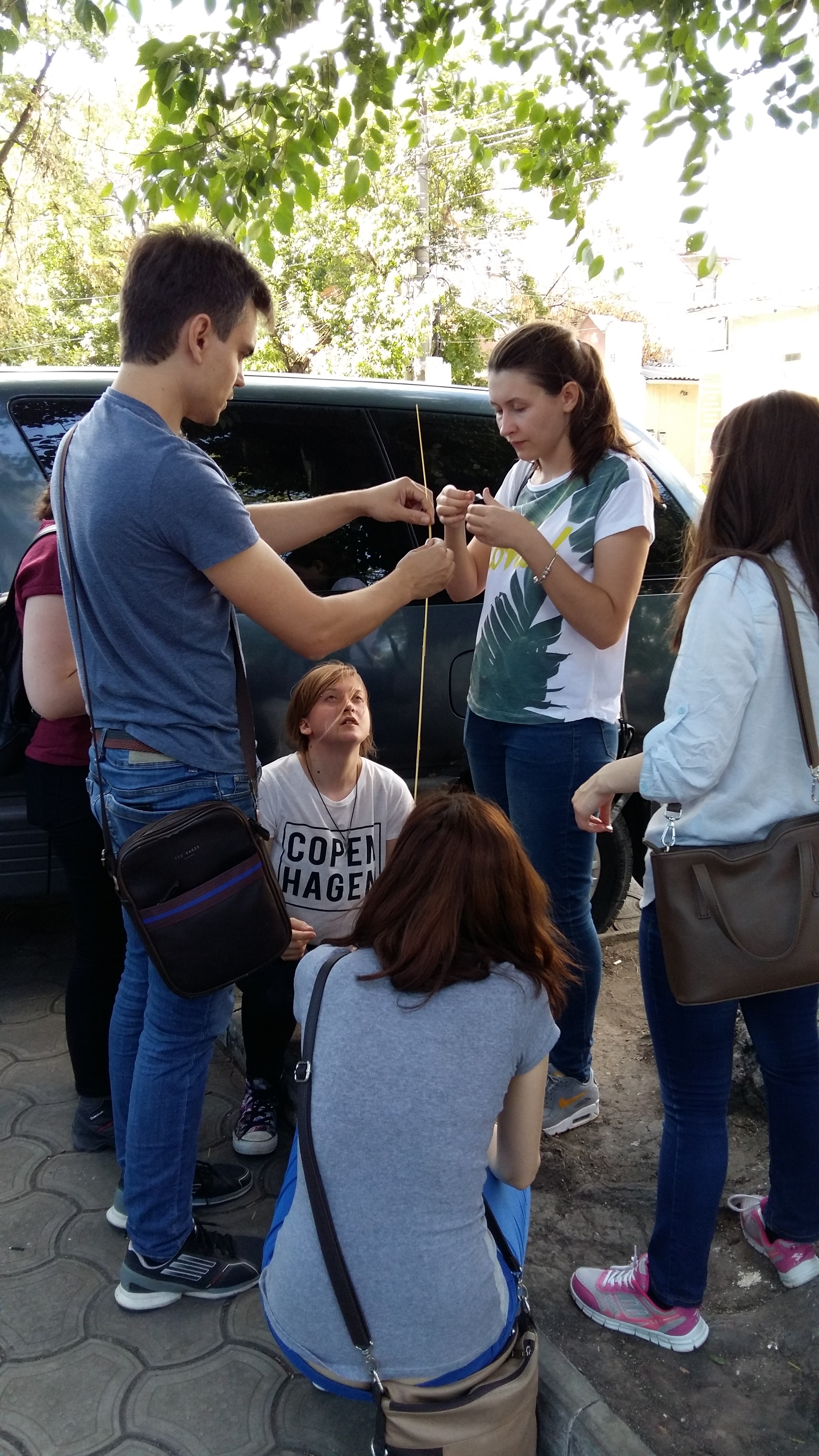 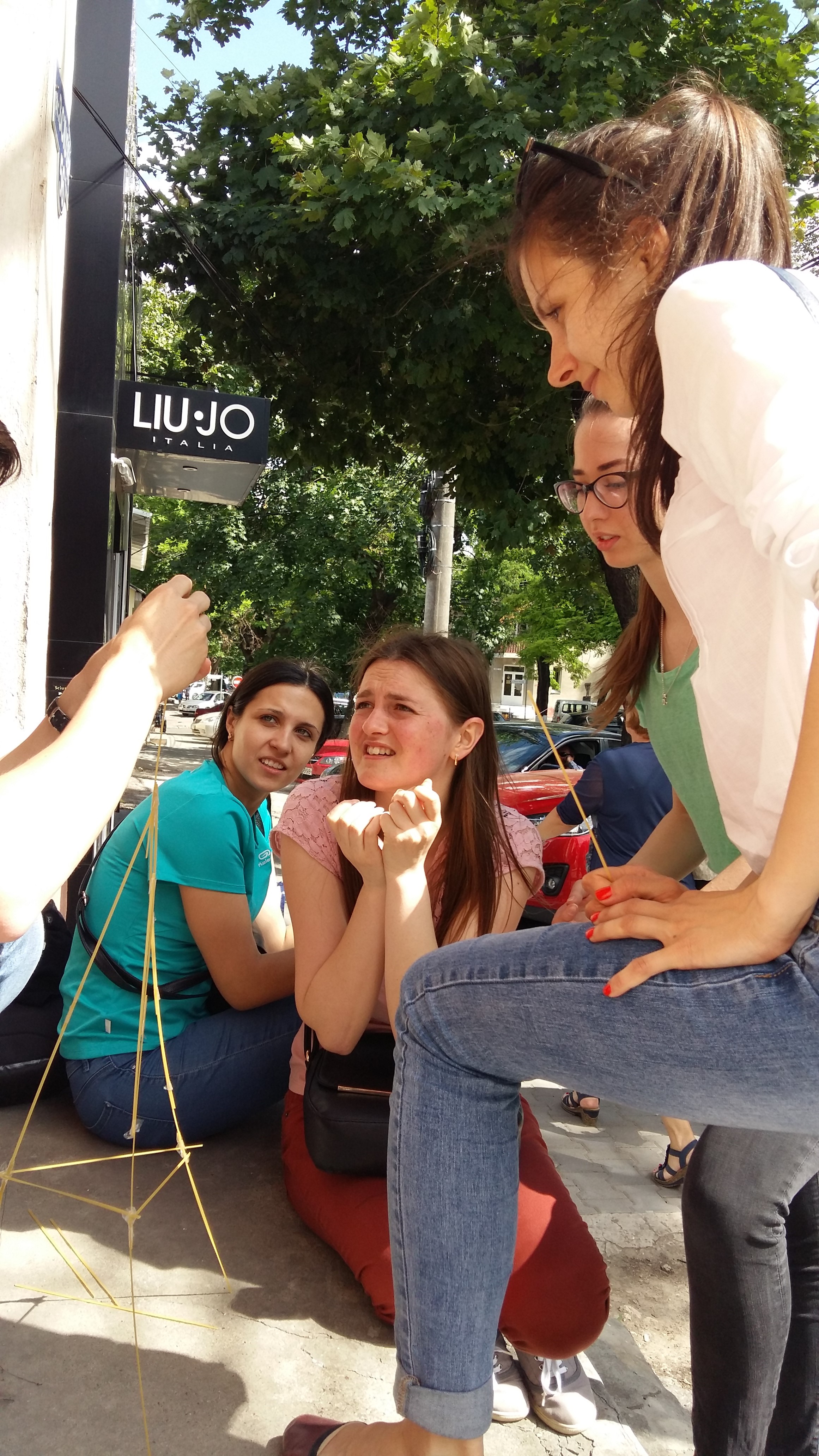 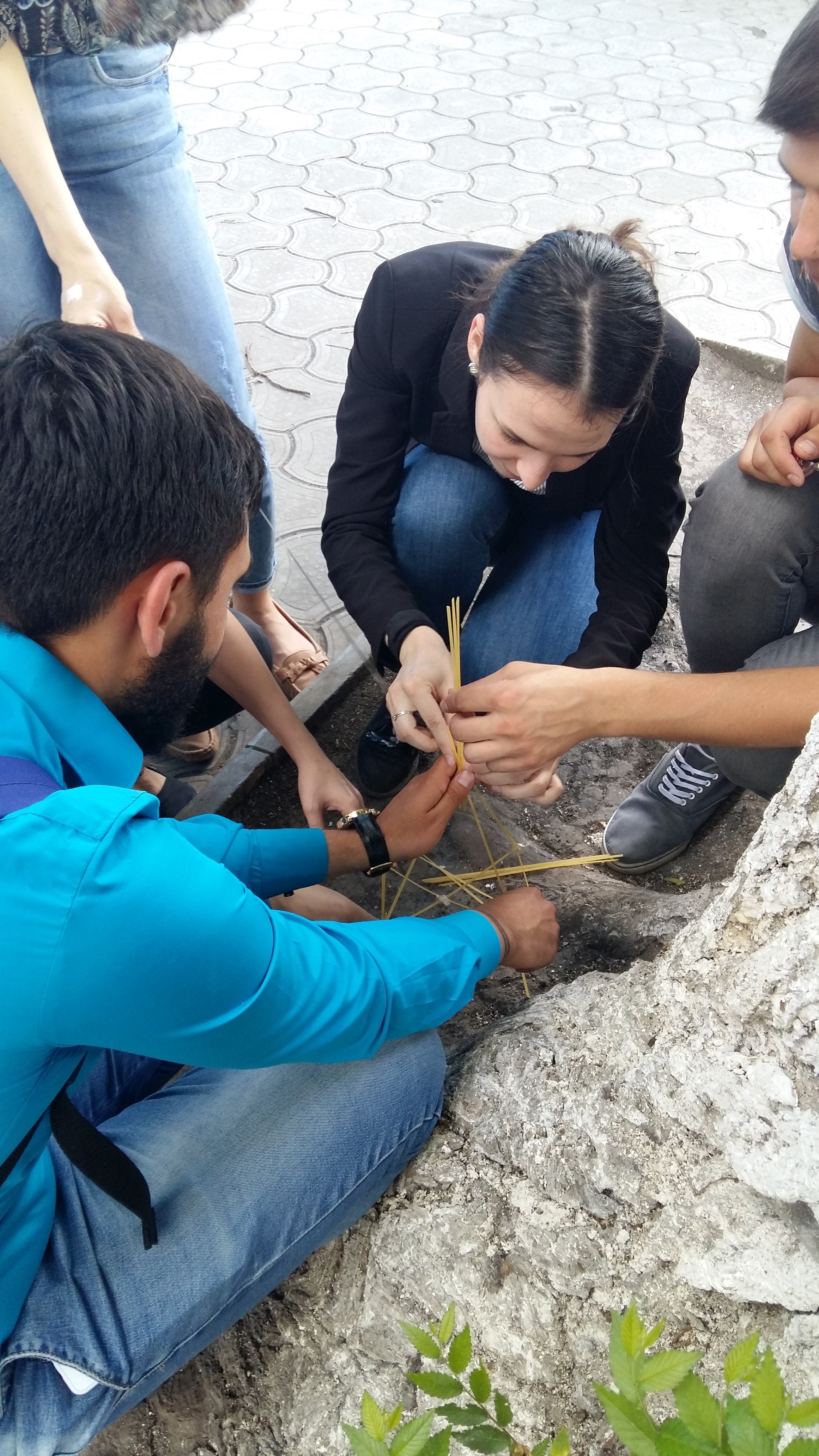 The final trial, the fifth one, highlighted the communicative side of the team; the leader had to explain to the team how a lily is made using the origami technique. The source of information could be the internet or passersby, all members of the team had to keep their hands on the paper and listen to the explanation of the leader, because the leader did not have the right to show what was to be done.

In the daily activity communication has a crucial part in the success of innovation and projects realized for the first time. A good marketing specialist must pass the information through their own knowledge and experience in order to correctly interpret the goal to be attained. And a good consultancy and marketing company must know how to determine its good specialists to realize together the best projects. 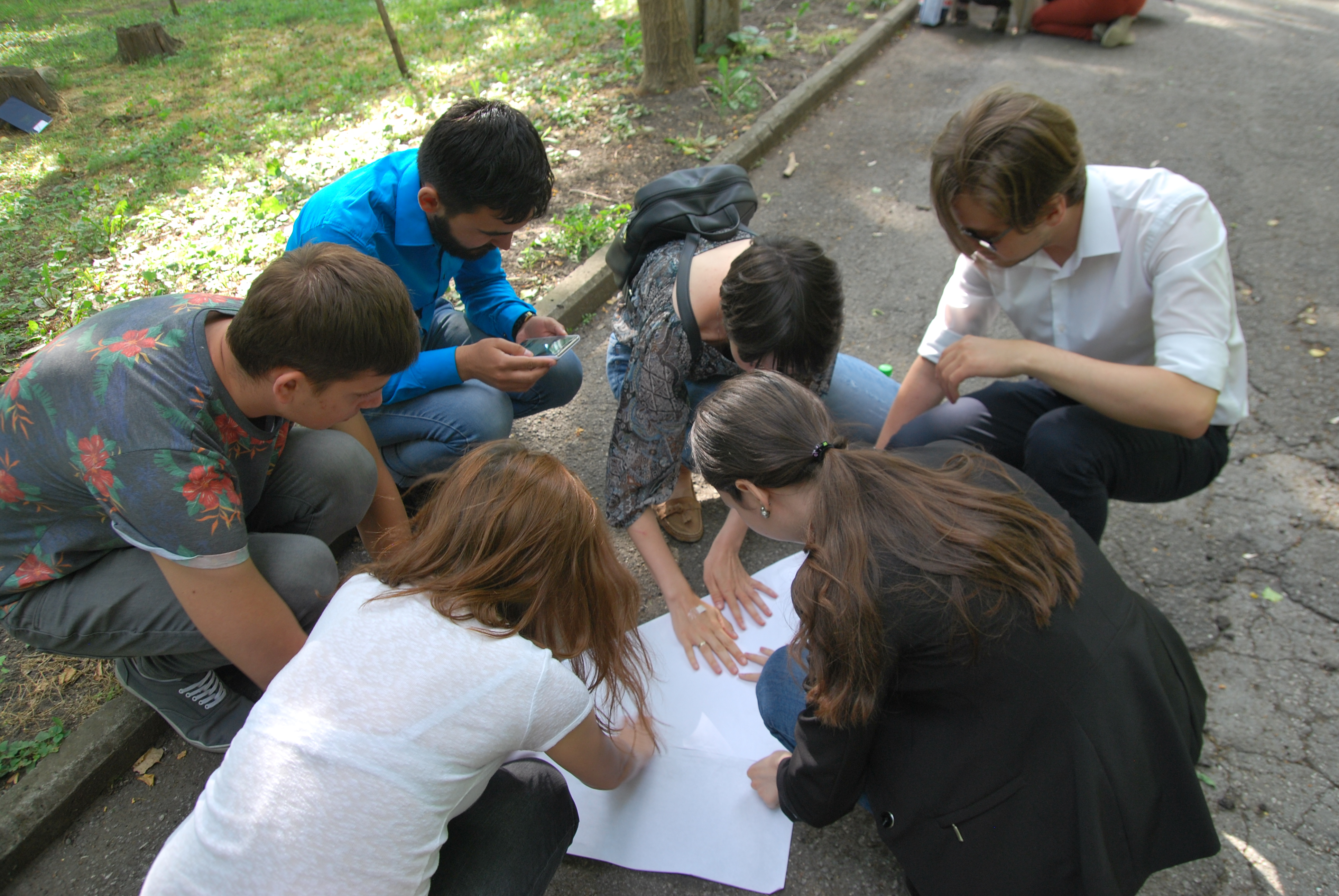 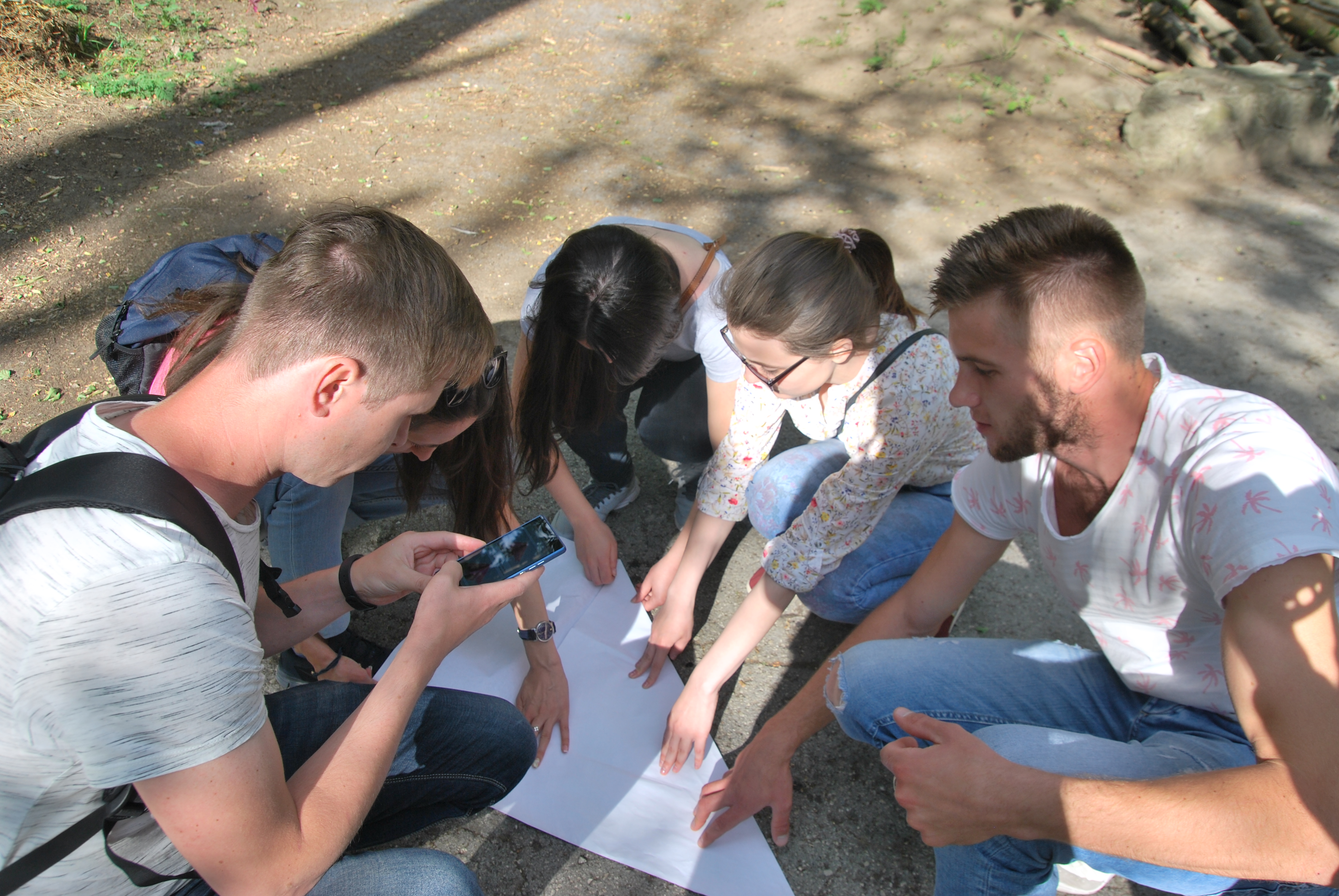 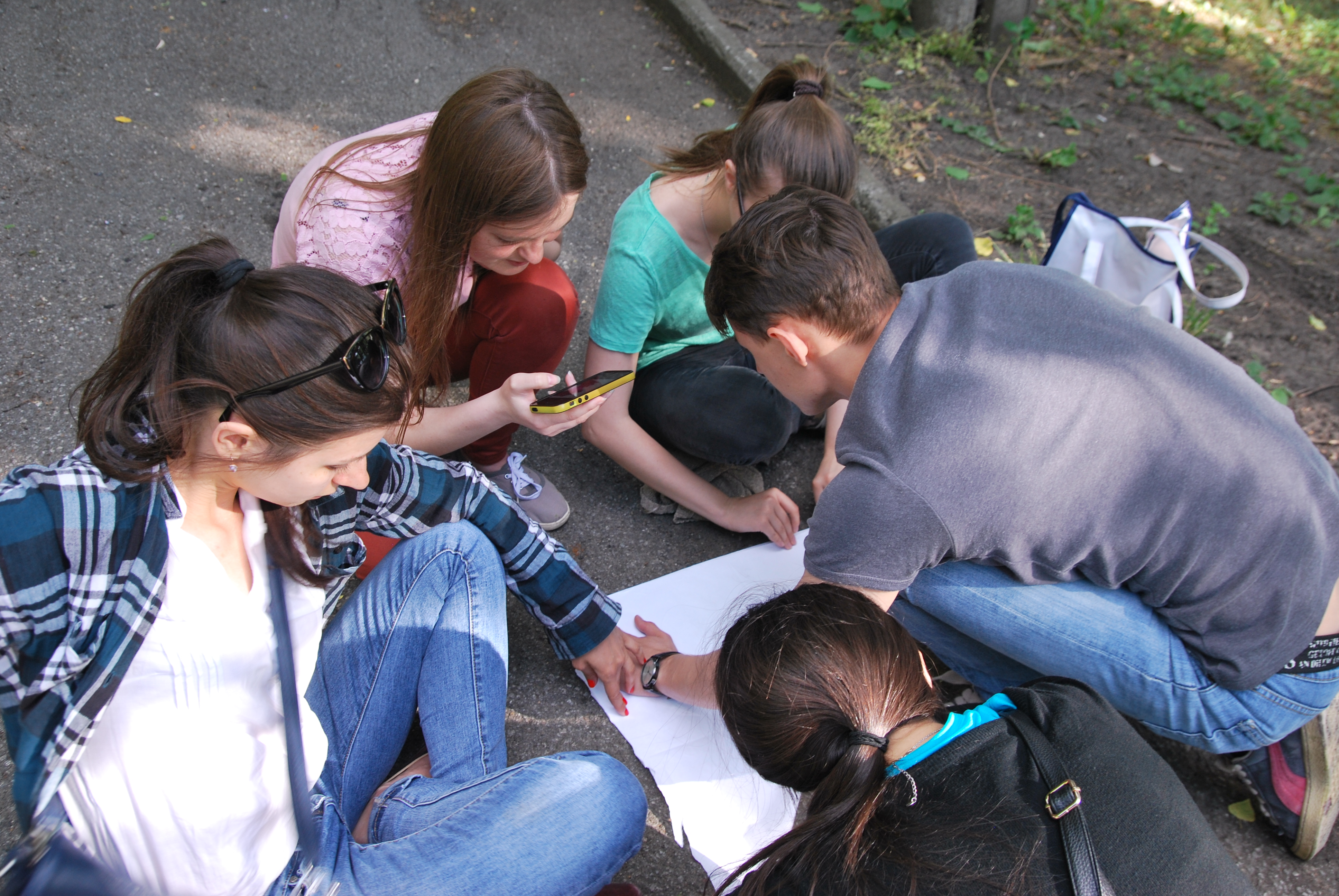 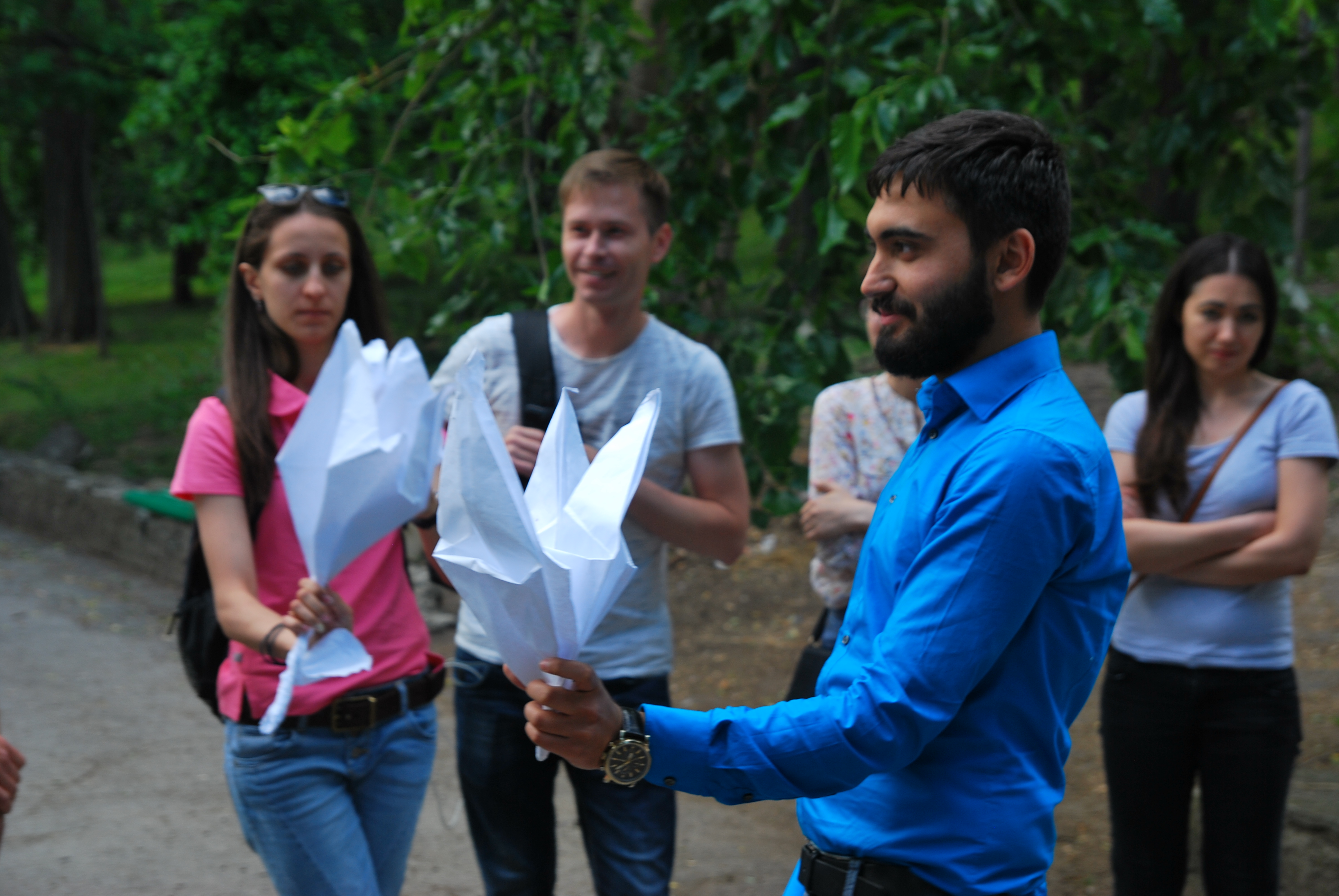 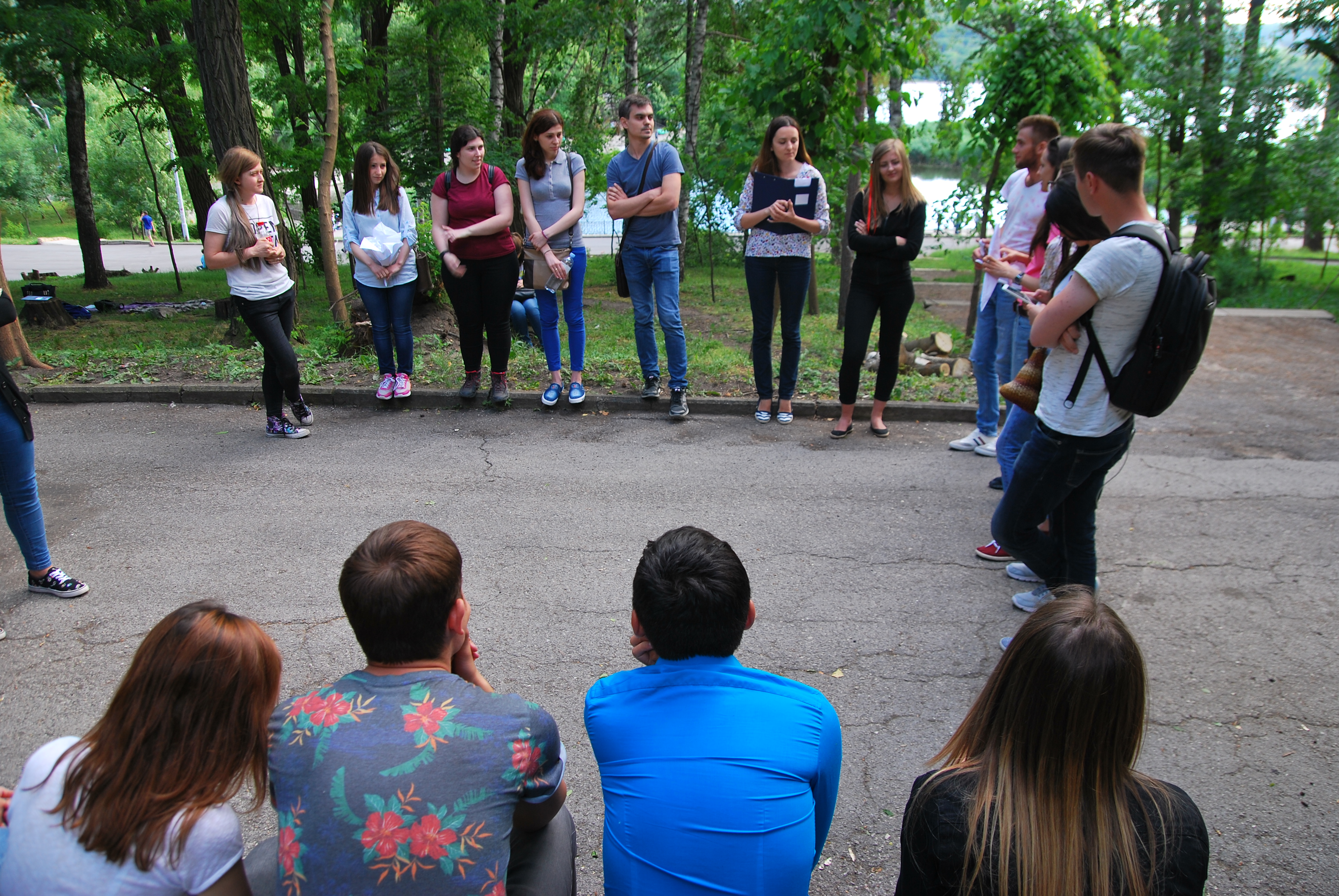 Now in Transnistria, too - Magenta Consulting’s researches will include the left bank of Nistru as well