In the world of advertising the expression “sex sells” has become almost a cliché. But does it really work? We have performed a survey of Eye Tracking for testing this formula. Both on women and men.

We, people, have a part of our brain which is responsible for the primary needs, it is named reptilian brain. Among these needs there are food and the desire to reproduce. The way to this impulsive part of the brain does not pass via rationality and awareness; it is situated far in the neocortex. Advertisers know about this particularity and use sex to attract consumer attention. That of the men, first of all, via cheesy pictures of women. But also that of the women, whom they try to seduce via details with virile men.

For our experiment we have chosen advertising from this range – the beer Skol.

How do women see sex in advertising?

The slogan says: “If the one who invented the taster would have drunk Skol, it wouldn’t have looked like this, but like this.” The image with sex appeal is present. So is the brand name. But what do women see and what do men see in this advertising? With the assistance of Eye Tracking we first followed the ladies: 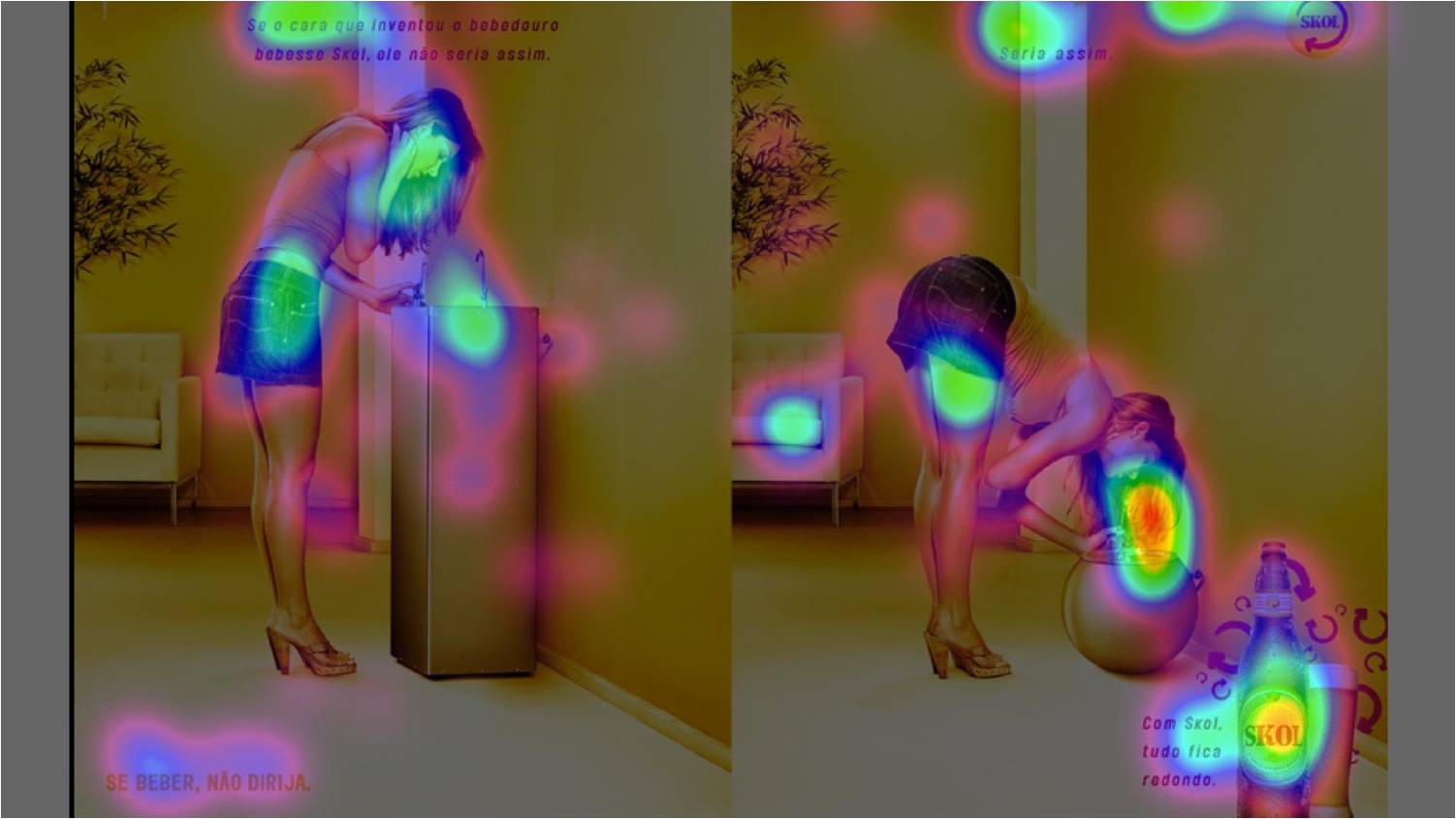 How do men react to sex in advertising? 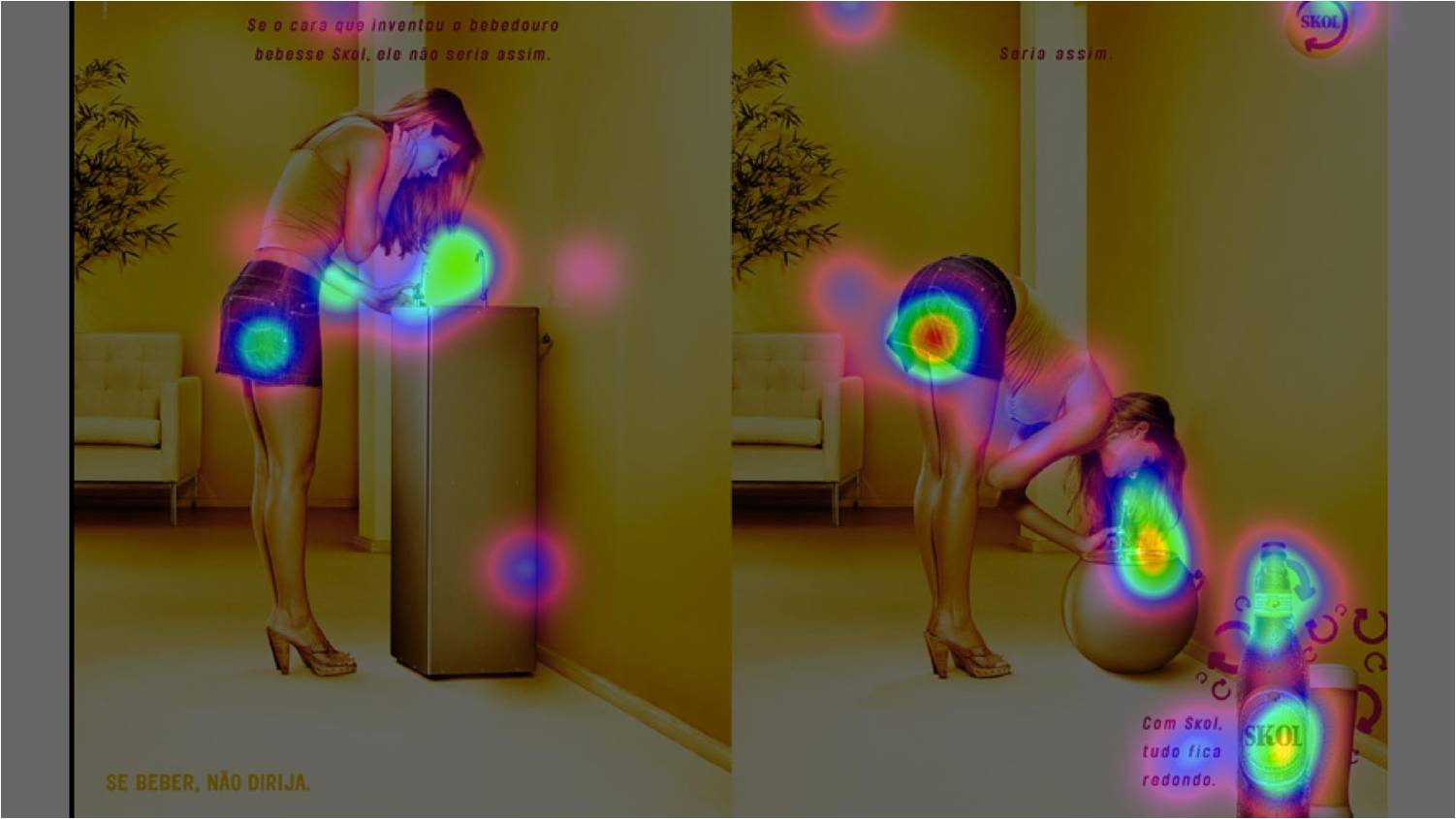 Men have reacted directly with the reptilian brain:

Conclusion? Sex attracts attention, we all have understood that. Especially the attention of men. But that does not mean that it sells independently from other components. Such as the quality of the product, for example.